ACCORDING TO THE CENTER FOR DISEASE CONTROL, THE GOVERNMENT HAS THE AUTHORITY OF PARENS PATRIAE!

By AL Whitney © copyround 2015
Permission is granted for redistribution if linked to original and Parents Against Mandatory Vaccines is acknowledged. 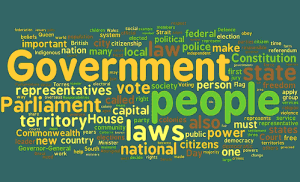 Under most religious law, the children belong to the parents. It is a moral obligation on the part of the parents to care for and educate their children in their existing social values and morals.  However, the Center for Disease Control INC (CDC) has informed its employees that this is not really the case. The following comes from their web site:

Further authority to compel vaccination of children comes under the doctrine of parens patriae in which the state asserts authority over child welfare. In the 1944 case of Prince v. Massachusetts, which involved child labor under an asserted right of religious freedom, the U.S. Supreme Court summarized the doctrine, noting that:”Neither rights of religion nor rights of parenthood are beyond limitation. Acting to guard the general interest in youth’s well being, the state as parens patriae may restrict the parent’s control by requiring school attendance, regulating or prohibiting the child’s labor, and in many other ways. Its authority is not nullified merely because the parent grounds his claim to control the child’s course of conduct on religion or conscience.

Thus, he cannot claim freedom from compulsory vaccination for the child more than for himself on religious  grounds. The right to practice religion freely does not include liberty to expose the community or the child to communicable disease or the latter to ill health or death. (321 U.S. at 166–7, 64 S.Ct. at 442)”

The government, or any other authority, regarded as the legal protector of citizens unable to protect themselves. The principle that political authority carries with it the responsibility for protection of citizens.

Parens Patriae. [Latin, Parent of the country.] A doctrine that grants the inherent power and authority of the state to protect persons who are legally unable to act.

So, when did the doctrine of Parens Patriae slither its way into our world?

In 1921, the federal Sheppard-Towner Maternity Act was passed creating birth “registration” or what we now know as the “birth certificate”. [1]

Until the passage of the act, parents simply recorded the birth of their children in the family Bible. There was resistance (including lawsuits) to this invasion of the federal government into state policies and procedures.  One lawsuit argued “Congress cannot make laws for the States, and it cannot delegate to the States the power to make laws for the United States.”

In 1933, bankruptcy was covertly declared by President Roosevelt. The government of the then 48  States pledged the “full faith and credit” of their states, including the citizenry, as collateral for loans of credit from the Federal Reserve system. [1]

When a child is born, the parents fill out a “certificate of live birth” supplying many details of their lives and heritage. The hospital then sends [sells?] the certificate to the state who registers the child as a corporation and proceeds to create a Birth Certificate Bond.  The name of the baby is converted to ALL CAPS. This newly created entity is commonly referred to as a STRAWMAN and is placed into a “trust” known as the “Cestui Que Trust”.

The government becomes the Trustee, while the child becomes the beneficiary of his own trust. The child’s STRAWMAN is the asset of the trust established by the birth certificate which is owned by the state. The government places the child in the hands of the guardians (parents) until such time that the state claims that the parents are no longer caring for its asset to suit the state.

Statements made by Edward Mandell House from the private papers of President Woodrow Wilson:
“[Very] soon, every American will be required to register their biological property in a National system [the Birth Certificate] designed to keep track of the people and that will operate under the ancient system of pledging. By such methodology, we can compel people to submit to our agenda, which will affect our security as a charge back for our fiat paper currency”. [2]

However the STATE, as a corporation, cannot own a living flesh and blood man, woman or child.  It can only own other corporations such as the STRAWMAN – the legal construct that it created via the Birth Certificate. The corporate government of the STATE is Parens Patriae of your child’s Birth Certificate.

While public health employees are told they have the authority to vaccinate and/or kidnap your living flesh and blood offspring, it simply isn’t true. The only authority they have is over this piece of paper: 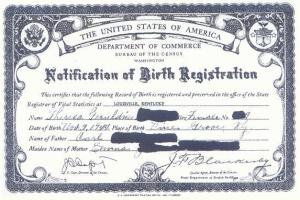 . . . unless of course you contract with them and consent to being the STRAWMAN. Instead of consenting, notify them that you do not wish to contract OR consent by giving them a Vaccination Notice. [See LAWFULLY YOURS pg 29]

When government is a corporation, not a King, it is not sovereign. It is merely a legal construct – words on a piece of paper stored in a safe somewhere.  And all corporations are bound by the laws of contract!